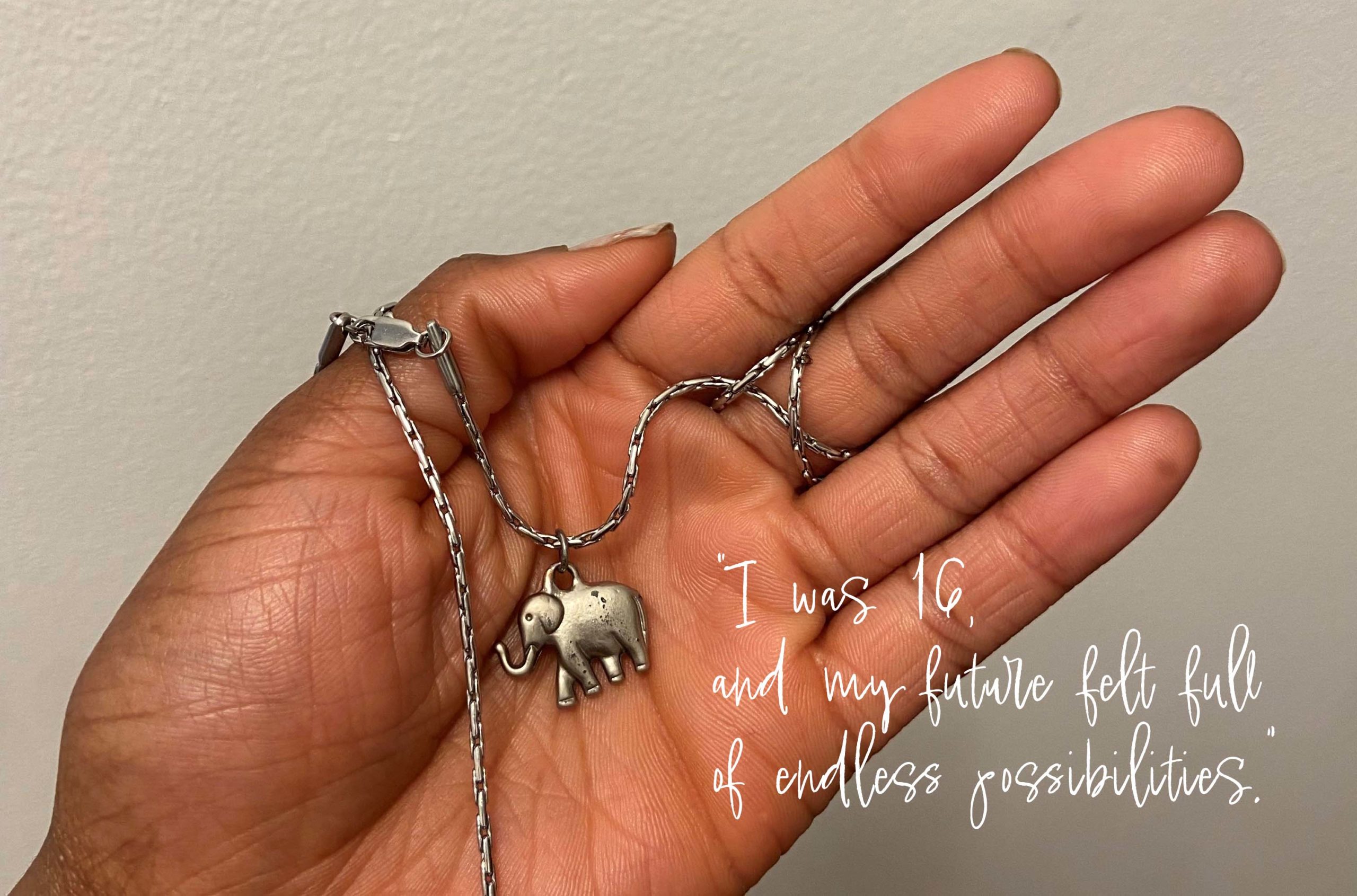 “I was 16, and my future felt full of endless possibilities.”

Grace was diagnosed with HIV as an infant. However, her diagnosis was kept secret from her until she turned 16 years old. At that very moment, she remembers seeing all her possibilities fly out the window and her future with it.

But there’s more to her incredible story.

All I’ve known is taking medication.

“I’ve been on medication for as long as I can remember. All I’ve known is taking medication,” says Grace. “I was constantly sick.”

At 13, Grace started to inquire why she was often sick and taking medicine twice a day? She asked her father and begged the doctors for answers. But they would brush her off and skirt around the issue.

An easy person to ask would have been her mom, but Grace’s mother died when she and her twin sister were just six years old. She would have to turn to other sources to find the truth.

At 16, Grace decided to take matters into her own hands. She started by googling her medication. “No one wanted to tell me the truth, which was extremely painful,” Grace recalled. “It was especially devastating because I was discovering my HIV status online. I was learning my status as a child without guidance, support, or love. I was young, alone, and terrified.”

Grace demanded her father take her to the doctor to confirm what she already knew. That is when and how she received her HIV diagnosis. She describes the experience as, “The ground just caved in. It was very, very devastating.”

Grace instinctively knew she had acquired HIV from her mother. And now, she wanted more information about her mother’s death and how her mother became HIV positive. It would be the start of a gradual uncovering of the past.

Grace was full of questions. “I was taking a biology class where I was learning about cardiac disease and heart attack symptoms. Some symptoms were similar to what I remember seeing my mom go through. I asked my father if Mom had died of a heart attack.”

Grace’s father refused to talk about how her mother died. His answers about her mother’s death were always vague, mentioning gastritis. Eventually, he just went along with Grace’s conclusion.

It was Grace’s Aunt, however, who would reveal the truth. “My mom’s sister lived in Indiana. One weekend, I visited my aunt and began asking her about my mother.”

Grace’s aunt began to give more details and finally confirmed that her mother had been diagnosed with HIV. Questions remain to this day about how her mother got the virus and whether her father has HIV.

In keeping the information from her, Grace’s father had made her feel like she should be ashamed. Her family didn’t feel it was their place to say anything either. “It was a taboo topic in a way. And I internalized a lot of that.”

So effective was this silencing that Grace didn’t talk to her siblings and family members about her HIV status until last year. “They all just pretended the problem didn’t exist and everything was fine. I felt isolated and like an outcast.”

Grace is the only one in her immediate family with HIV, including her twin sister. “I have a close bond with my sister, yet I couldn’t even talk to her about this. I couldn’t talk to anyone. I felt tarnished and unworthy of love. I questioned my existence and wondered if I had been adopted.”

“I had to hide and could only reveal my true self to a certain number of people.”

Grace found herself in a negative spiral. “I knew I could only break free if I could talk to people who understood what I was going through. I found the Positive Peers support group and they accepted members online.”

Positive Peers became a safe haven for Grace because she now had a community of people who understood her pain and struggle. “It was essential to me being truly comfortable with myself and feeling like I am a worthwhile human being.”

“When I found a group of people with whom I could share my experience, that had their own experiences to share with me; it made me feel like I belong somewhere.”

Regardless of her diagnosis, Grace suddenly felt like she wasn’t alone. While her family still treated HIV as a taboo subject, she could now talk with others and not have to internalize her emotions. Positive Peers has also helped give her confidence in opening up to close friends and romantic partners about her status.

It hasn’t all been smooth sailing, but Grace now has the support she needs. Last year, Grace was extremely scared to tell someone she was seeing about her HIV status. Because this was one of her biggest struggles, she reached out directly to Cedrick, another Positive Peers user.

“I was just asking him, like, have you ever been in this situation? I don’t know what to do.” Grace felt incredibly trapped, but Cedrick told her to express her truth and own it.

She saw his example of being positive and putting positivity out into the world. It gave Grace the strength to own her identity and present herself with authenticity to her partner. It turns out that her disclosure was taken kindly. (Love is love!)

A lot of people struggle with disclosure due to internalized shame and stigma. Engaging with people through Positive Peers helped give Grace the confidence to have these difficult conversations with people.

“My biggest takeaway from being part of Positive Peers is that there is strength and power in being vulnerable with others. But it’s easier to do when you have a community who understands and supports you.”

Outside of the app, Grace now has the confidence to stand up for herself and correct people with preconceived notions about HIV. If she were to be confronted with stigma, she “would speak up and challenge that thought process.”

To anyone living with HIV, Grace wants you to know that she knows “it feels like the end of your world and that things won’t ever get better. But they will. Finding support and people to talk to is an important step. Know that you are not alone. You have so much strength within you, even if it doesn’t feel like it. You are inspirational, and one day your story will inspire others.”