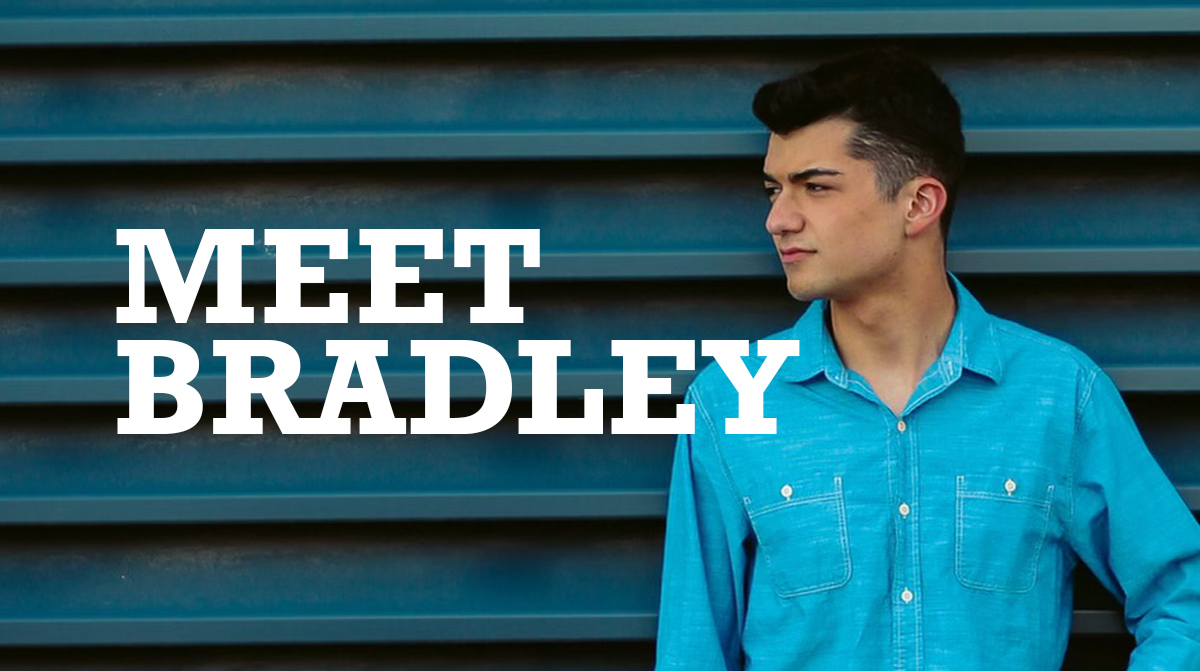 “I moved to a spot of acceptance and wanting to really help other people, especially [other teens] who were in my situation.”

Bradley was only 17 when he received his HIV diagnosis. He was already living away from home and had to wade through a complicated testing process, treatment confusion, and finding a support network all by himself. He achieved all that and more.

Now 18 years old, Bradley has an incredible future ahead of him, filled with ambition, compassion, and a drive to help others.

After experiencing mild symptoms, Bradley went to Urgent Care to get an STD test, thinking he may have syphilis. The doctor suggested adding an HIV test just in case. A few days later, he received a call from a nurse while on his way home from school and was shocked to receive his HIV diagnosis.

“I remember my first question: Is there any chance it could be a false positive?”

What followed was confusion. He was told there was nothing the clinic could do, but that he could come in and receive a list of places where further treatment might be available. This was all over the phone and seemed to come out of nowhere. “I was just like; this is really confusing and scary.” 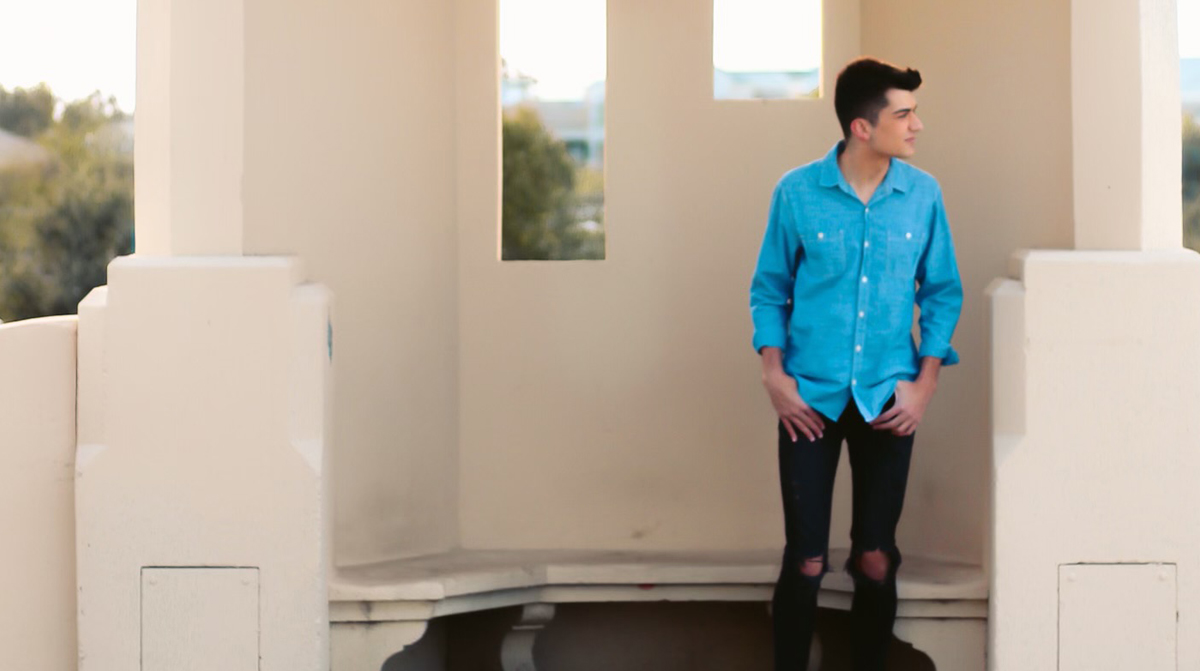 Bradley had to grapple with his preconceived notions of HIV. “It really made me feel bad about myself and kind of scared for my future.” He wasn’t sure if it was something that could be treated, and, while looking into HIV, he had to work through all the stigma around the virus at the same time.

He started asking questions and pushing back. Is the medicine going to work? Can he afford it? He found out he had a specific strain of HIV that was resistant against certain drugs. Using his background as a researcher within the nonprofit sector and political atmosphere throughout his youth, Bradley started calling different places to get answers.

Many of the health centers told him that they had no open appointments for months, but Bradley needed care and to begin medication that would suppress the virus quickly. Additionally, he discovered that the drugs he needed, which were supposed to be free, would cost him thousands of dollars due to him being a minor.

Then, Public Health called, and everything changed. They found a provider for Bradley who was able to support him, get him in treatment the very next morning, and delivered accurate information. “After that, it started kind of falling into place.”

His provider helped him discover the Ryan White HIV/AIDS Program, which provides HIV/AIDS treatment for those who are uninsured or under-insured. While the first few months were challenging and confusing, it quickly became clear that treatment would be an affordable option for Bradley after all. 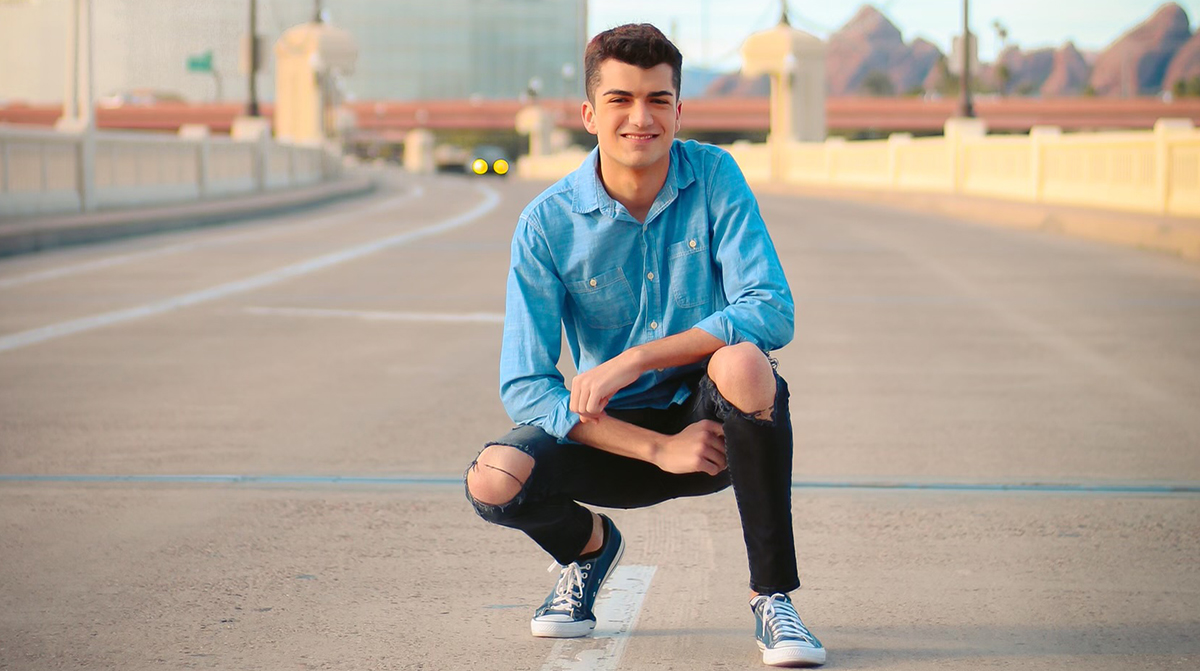 The fast track to acceptance

“I just really felt accepted by my provider and by my case manager.”

Bradley rapidly came to terms with his diagnosis and accepted the steps he would have to take to be able to move forward. Part of that was connecting more to his mental health. “I grew up in a very religious, conservative community and school.” Telling his friends meant coming face to face with the stigma he’d worked through for himself, and many of them didn’t know that HIV was still something that affected people in the United States. He felt confident explaining his situation to a few close friends and told them that he could have a perfectly normal life if he took the right medicine and got tested regularly. By opening up to his friends, he was able to find a strong support network that has remained with him this past year.

Bradley also signed up for the Positive Peers app and has been using it intermittently for the past three months. His town in Arizona is lacking in communities for young people living with HIV, but through support networks like the app and his friends, he’s able to receive the acceptance and compassion he needs.

A curious side effect

Bradley found that his HIV diagnosis came with extra scrutiny of his body, which ended up improving other aspects of his health. For example, he was able to receive a Hepatitis B booster after his provider found that he was still not immune to the disease.

He was also diagnosed with hypothyroidism. Bradley always seemed to be cold and struggled with having a low appetite throughout his life. “I always thought there was something wrong with me; but just like, wrong with me for no reason.” Now that he’s on medication, he feels bettermore active, awake, and alert. 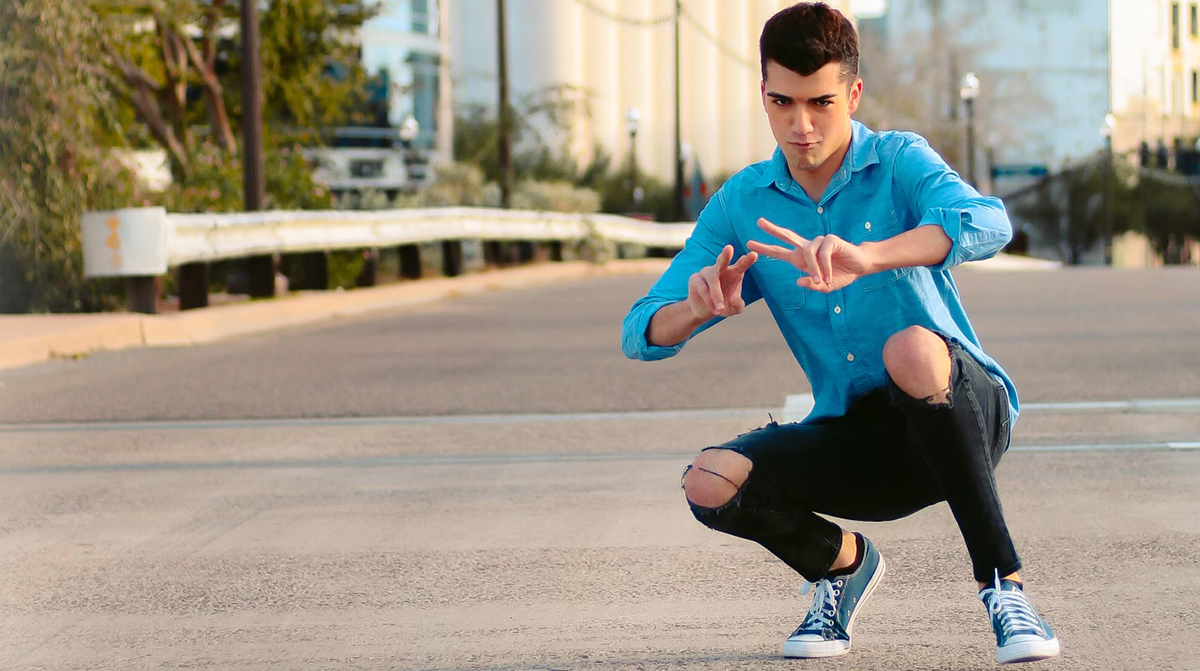 Throughout all this, he was able to hold onto a piece of advice from his provider: This whole process is up to you. It didn’t just mean that he would have to take his medication and get tested to receive no-cost healthcare in return. It was also up to him what he wanted to do with his diagnosis. He could tell whomever he wanted, and the inverse was also true: since he was undetectable and not a risk to others, he could also choose to keep it to himself. (Please note that HIV disclosure laws differ by state – learn more about laws where you live by looking up your state here: Arizona | Lambda Legal).

For now, Bradley is focusing on his education. Although he lived away from home for several years, he worked hard during high school and received a full scholarship that covers his housing, food, books, tuition, and even studying abroad.

Beyond school, Bradley has high ambitions. He has his sights set on being a lawyer. “But not to be…a firm lawyer that rips people off and charges like $500 an hour.” Instead, he’d like to focus on civil rights and immigration law, hoping to do work that benefits underserved communities instead of those who can already afford a lawyer. In a similar vein, Bradley would also like to continue his non-profit work, putting his time into something that will make a larger, positive impact on people.

Currently, Bradley is working with members of his local Ryan White Planning Council and hopes to become a member in the near future. There, he’ll be able to directly use his experience and story to benefit other teens and young adults that are going through the same thing. However, his ultimate goal is to someday run for public office. Already engaged in state and local politics, he’d like to put his views and thoughts about government into practice and advocacy.

With a bright future ahead, Bradley wants to emphasize that, “Whatever stage people are at in life, there will always be people that are supportive and loving. You just have to look for them, and they’ll be there.”