The Positive Peers App (PPA) was developed in collaboration with a community advisory board (CAB) comprised of in-care young adults living with HIV (aged 13-34) and a multidisciplinary project team. The PPA was designed with a focus to improve HIV-related clinical outcomes for young people with HIV. This article presents the usefulness of the PPA as a relevant tool for engaging this clinical patient population in care and facilitating viral suppression.

The purpose of this investigation was to describe how young people with HIV used the Positive Peers app (PPA) and determine any meaningful associations between app use and positive HIV outcomes, including completing regular lab tests and maintaining viral suppression. Patients newly diagnosed with HIV or returning to care were eligible for study participation. Data were collected at the time of app registration (baseline) and again at intervals 6 and 12 months after their registration date. Each user’s app activity was tracked natively by the application software. This in-care group (n=114) was compared to a group of in-care non-users at the same clinic site (n=145).

At the end of the observation period, the youngest user group showed the lowest median number of user acts but logged in on average more frequently than the other two older age groups. Users of Latinx ethnicity logged in and used the app more often than those not of that ethnicity. After adjusting for sex at birth, race new diagnosis/out-of-care, and baseline measures, the youngest (13-24) user group was 3 times more likely to have completed standard-of-care lab tests and 4 times more likely to be virally suppressed. The overall study model showed that compared to pre-Positive Peers use, those who used the app were significantly more likely than those who didn’t to be in compliance with recommended HIV care.

The PPA was offered free of charge to persons with HIV, aged 13 to 34 years of age, diagnosed with HIV within the last 12 months, out of care for 6 months during the last 24 months, or not virally suppressed in the prior 24 months. Baseline and 6- and 12-month surveys were administered and app user activity was tracked natively by the app and stored in a secure server.

HIV care outcomes of PPA users were compared with those of nonusers, with the results showing that younger PPA users (aged 13-24 years) were more likely to obtain HIV laboratories and achieve sustained viral suppression than nonusers.

Medical News Today names Positive Peers one of the top 10 best blogs on HIV/AIDS in 2018! 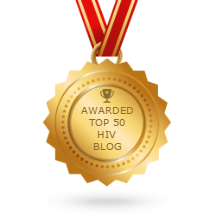 Positive Peers is an app for young people living with HIV.

Learn how you can earn rewards for your participation!